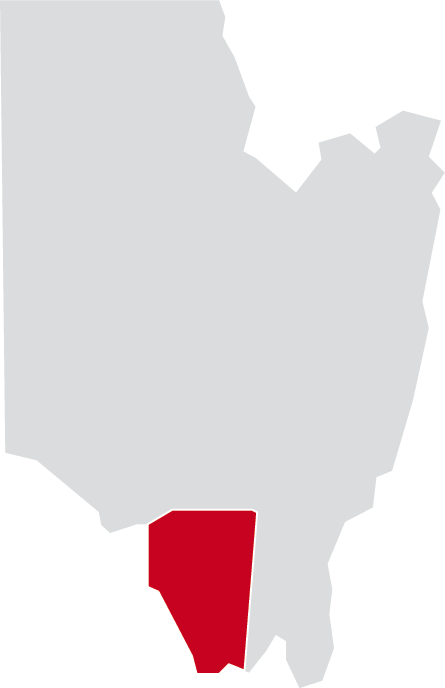 Phil Barrett is currently serving his tenth term as Clifton Park Town Supervisor.  Elected in 2000, he served as Chairman of the Board of Supervisors in 2007.  Supervisor Barrett is the longest tenured Town Supervisor in Clifton Park history.  During his time in office, Supervisor Barrett has emphasized a balance of economic development and the expansion of the Town’s parks and recreational resources.  Barrett’s efforts have resulted in the successful redevelopment of the Exit 9 Commerce Area, the preservation of more than 1400 acres of property, several new parks and recreational areas and more than 14 miles of new trails.  During his time in office, the Highway Tax has been significantly reduced, the Town remains without a General Fund Property Tax, the credit rating has been upgraded and surplus savings have grown exponentially.

Phil graduated from Providence College, where he received an ROTC Scholarship.  Lessons learned as an Army Officer and invaluable experience attained through working in the private sector prepared Phil for his time as a government executive.  In the private sector, he most recently worked as a VP for Key Bank.  Phil is a proud Dad and Husband, spending much of his spare time attending soccer practices and games at Shen and Siena College.

Jonathan P. Schopf has had a lifelong interest in politics.  He has been a County Supervisor for Clifton Park since 2016 and a member of the Clifton Park GOP committee since 2015.  A native of Cambridge Springs, PA, he graduated from Albany Law School and has resided in Clifton Park since 2005.  Prior to opening his own practice in Clifton Park, Jon was employed by several respected local practitioners and law firms where he developed his background in corporate and municipal litigation.

Jon is a Past-President of the Rensselaer County Bar Association and a founding Co-Chair of the Albany County Bar Association’s Committee on Animals and the Law.  A frequent lecturer on legal issues related to animals, he maintains an ever expanding niche practice in the area of animal law and animal welfare litigation.  He is the author of “Animal Law Update”, which is published in the Albany County and Saratoga County Bar Associations’ newsletters, and has assisted local law enforcement, the NYS Police and several charity organizations in several high-profile mass animal seizure cases in recent years.

Jeff Jones started his career in the financial services industry more than 20 years ago as a product developer for multiple Fortune 500 companies. Jeffery began his career as a financial representative, in 2007, with MetLife Insurance Company. In 2013, he took the next step in his career by establishing a team of financial planners to help better serve his growing clientele. Through Jeffery’s leadership, and previous management experience, he quickly guided his team to the top, earning the 2014 MetLife Empire Group’s Team of the Year award and 2016 Client Centricity award. In 2017, Jeffery and his team made the transition to Halliday Financial. The decision was made easy when he saw the open architecture and wide array of products and services Halliday has to offer. Throughout Jeffery’s entire career, his main focus has always been what works best for his client’s individually and not following a one size fits all approach.

Jeff is originally from Falmouth, Kentucky where he resided before moving to New York to work with horses in Saratoga Springs. He holds a bachelor’s degree in management from Pikeville College. At Pikeville, Jeff was the team captain for his baseball team and was recently induced into the Pikeville Hall of Fame for his baseball accomplishments. Currently, he resides in Clifton Park with his wife Jenn, their two children Alex and Harper, and loyal dog Bengal. Additionally, he coaches flag football, serves on the Junior Plainsman Football Board, Sherwood Forrest Park District Board and the Ballston Spa Golf Club Finance Committee. In his free time, he enjoys golfing, as well as following sports.