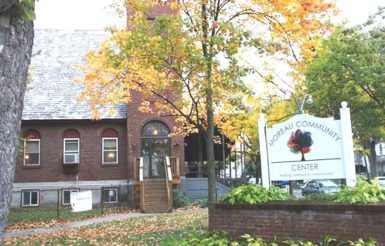 Theodore (Todd) Kusnierz took office as Moreau Town Supervisor on January 1, 2018.  He previously served as Chief of Staff and Director of Policy and Operations for New York State Senator Patty Ritchie.  Todd served on the Moreau Town Board for 16 years, has been a Republican state committee member, was the first state Senate appointee to the Historic Saratoga-Washington on the Hudson Partnership, and is on Crandall Public Library’s strategic five-year planning committee.

“Todd Kusnierz is a dedicated public servant who has served his community for many years,” State Republican Chairman Ed Cox said in a statement on August 31, 2017.  A native of Moreau, Kusnierz co-owns Candy Cane Farm, a 255-acre family-run landscape and Christmas tree plantation, which also houses 50 head of registered black angus cattle.

A native of South Glens Falls, Richard Morris has served as Moreau GOP Town Chair since 2015.  His 25+ years as a successful businessman have given him wide contacts and influence throughout the town.  He started his first business in 1984, cleaning boats on Lake George.  Rich then started working in a nursery in 1986 and decided to open his own nursery in 1990.  He grew his business to the 12-greenhouse, multi-faceted Toadflax Nursery/Landscape enterprise of today, employing up to 100 persons seasonally.  In 2016, his vision and leadership were instrumental in wresting the Moreau Supervisor position back into Republican hands after 14 years of Democrat domination.